Arráez isn’t just one or two or three people. It’s not just a surname, nor just a family. This great team is formed by a lot of people, united by the same ideas and the same way of understanding wine. If just one link in the chain fails, the results would not be the same. We may like doing crazy things but there’s one thing we understand completely: we are a close-knit group.

Our winery is located in Font de la Figuera and was built from three old wineries that belonged to private winegrowers. Situated in privileged surroundings, in the natural setting of Terres dels Alforins, the winery over time has been renovated and adapted to incorporate new winemaking and bottling techniques. So, we currently have a modern winemaking installation with a bottling line equipped with the latest technology and an ageing room for top quality wines. With this we can maintain our winemaking tradition combining the latest winemaking techniques.

During its 68-year-old history, the winery has been captained by three generations of Arraez who knew how to read the needs of the society to which they belonged. Toni’s grandfather, Antonio Arraez Garrigós, had the great idea of founding a winery in 1950. He started selling his wines both in bulk and in bottles thanks to the incorporation of new technologies in winemaking, viticulture and sales.

With the arrival of Antonio Arraez Ivanco came the industrialisation of the winery, making us into a leading wine of the region. Under his guidance we began to export, and we reached our production ceiling in the ‘80s and ‘90s. Lately Toni Arraez Calabuig, son and grandson of the winemakers and growers, who trained working in places as varied as garage wineries to large wineries in Rioja and Ribera del Duero, has completely changed the positioning and structure of the business.

A perfect situation for growing quality grapes.
The vineyards are 90 kilometres from the Mediterranean and at an altitude of between 600 and 800 metres between two valleys whose orientation generates a Mediterranean-Continental microclimate that together with poor soils form a perfect combination for the growing of quality grapes. The winery owns 30 hectares of vineyards of predominantly local varieties. Apart from these vineyards we also have historically sourced grapes from local independent growers since the1950s. We cultivate 40-year-old vines in goblet form, as well as young trellised grown vines. We work with local varieties such as Monastrell, Tempranillo, Garnacha Tintorera, Verdil and Moscatel which compliment to perfection foreign varieties such as Cabernet Sauvignon and Shiraz (Syrah).

DEFENDERS OF OUR GRAPES

We are big defenders of Spanish Levante (the SE region of Spain) wines. It’s something we have learnt and inherited from past generations, who had the same purpose at heart as we do: to get only the best from the land, whatever it takes and wherever it is. That is why we recuperate local grape varieties in which we believe and choose special vineyard plots. If we did things like everyone else, we would be like everyone else.

Our most representative grape, our favourite variety.

We have been showing the world the power of this grape for years. Perfectly adapted to our poor soils and dry climate, we produce warm, structured wines with character from this grape.

Without doubt the grape of Spain and Terres dels Alforins which matures slowly and smoothly thanks to the fact we have 300 days of sunshine a year and the small influence and care that the Mediterranean climate bestows on the vines.

We manage to extract the typical aspects of this grape with the Mediterranean character of the land.It is a very versatile grape for crianza wines giving a silky and elegant touch to any blend we propose.

Another grape that has been around forever and which had been forgotten. Everybody had vines of Forcayat 40 years ago. But right now, very few vines of this grape exist. The wineries of the area are starting to look after these old plots of vineyards and they are showing that if they are cared for they have a lot of potential

This is one of the rare varieties; although it was anything but rare a little over 30 years ago when it was one of the most grown in our region. It is a variety that has big grapes and bunches, perfectly adapted to our terroir and is being recuperated these last few years. A grape which is going to be much talked about.

Another local grape, the only one in Spain which has a red interior flesh.

It produces wines that have a strong purple colour with very clear and characteristic red fruit aromas.

All terrain French variety, well known worldwide. In our region we can overmature it a little, giving wines a moreish feel and a different character to the majority of Cabernets produced in other regions. Mixed with Monastrell it makes excellent wines.

Utiel Requena’s grape “par excellence”, one of Spain’s most grown grapes and it provides freshness, a lot of red fruit and a lovely ruby red colour. Well valued now for some years, thanks to the hard work of the growers and wineries, it is a variety that is becoming recognised worldwide.

One of the best-known French varieties which has adapted perfectly to our climate and soils, producing very aromatic, intensely purple coloured and full-bodied wines that are ideal for combining with our local grapes.

It’s Valencia’s “par excellence” variety of grape which is recognised for its excellent sweet wines and Mistella. It has an exuberant aroma and an exotic personality like no other. We use this grape for mixing in some of our white wines and 100% in our Miss Tela (my grandad’s recipe).

This variety is grown in the higher areas of Valencia. It provides freshness, ideally complementing other Mediterranean varieties, helping to maintain the freshness that we seek for our white wines.

Our classic local grape, the best known from our area. Three or four wineries produce 100% of the crop obtaining wines of personality and character. We are enchanted to be working with this variety as only a few years ago it was in danger of extinction.

is an ancient family of grapes that includes a diverse collection of noble varieties. These grapes are capable of producing wine of any feasible color in dry, sparkling and sweet styles. Believed to be of Greek origin, the Malvasia family has been commercially important to the Mediterranean for more than 2000 years. 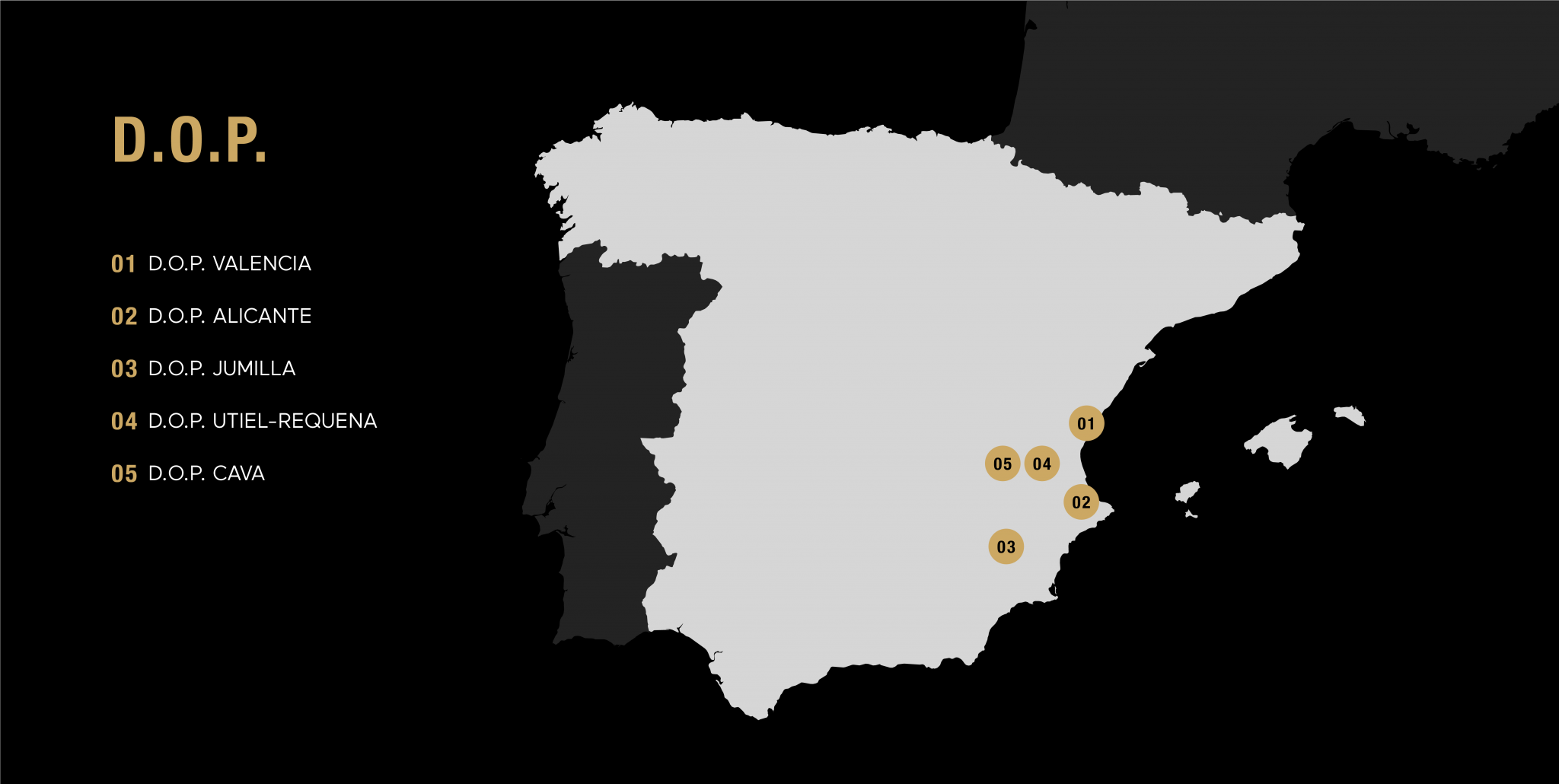 You can be young forever, we are convinced. Our winery is not young because of the average age of our workers, but because of its attitude to life. Our values, our rules are crystal clear to us: to make authentic and quality wines, be daring and fresh in everything we do; and of course, have a really good time whilst we do it.

From the vine to the label, creativity is crucial. We do not know any other way, nor do we want to. If we give so much importance to our labels it is because they reflect our winery’s personality. A mould-breaking design for a bottle is not much use if the wine is not also mould-breaking wine.

This website uses cookies to improve your experience while you navigate through the website. Out of these cookies, the cookies that are categorized as necessary are stored on your browser as they are essential for the working of basic functionalities of the website. We also use third-party cookies that help us analyze and understand how you use this website. These cookies will be stored in your browser only with your consent. You also have the option to opt-out of these cookies. But opting out of some of these cookies may have an effect on your browsing experience.
Necessary Always Enabled
Necessary cookies are absolutely essential for the website to function properly. This category only includes cookies that ensures basic functionalities and security features of the website. These cookies do not store any personal information.
Non-necessary
Any cookies that may not be particularly necessary for the website to function and is used specifically to collect user personal data via analytics, ads, other embedded contents are termed as non-necessary cookies. It is mandatory to procure user consent prior to running these cookies on your website.
SAVE & ACCEPT 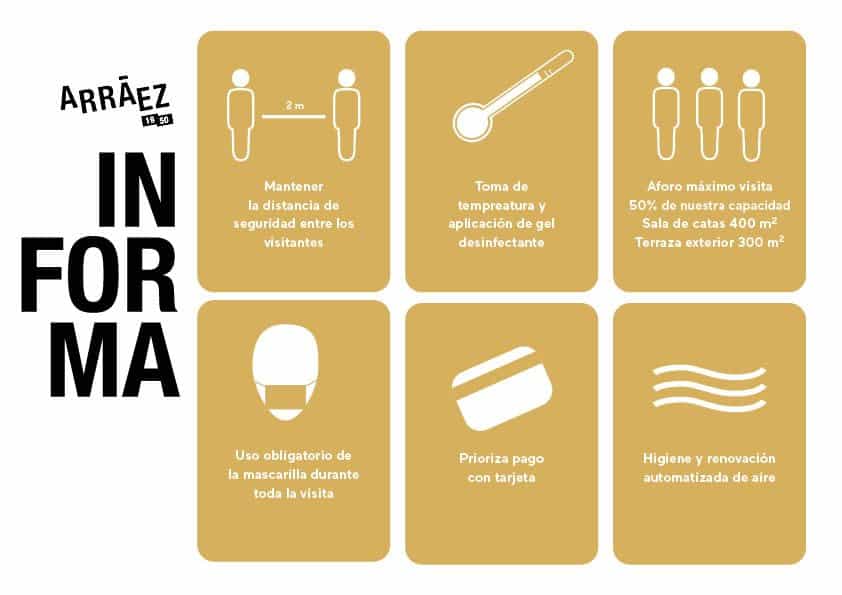